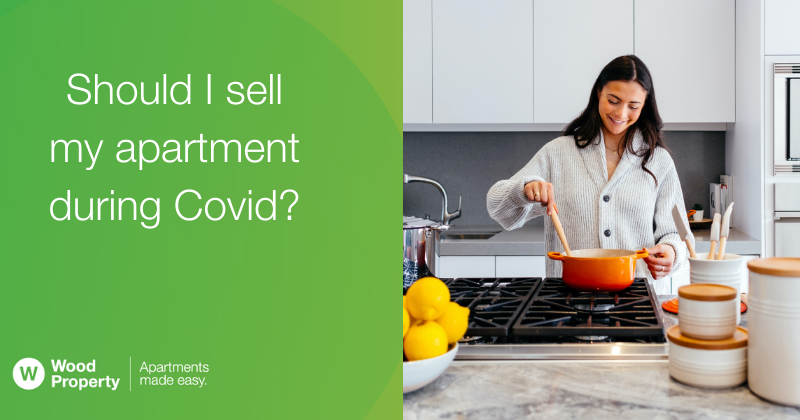 Should I sell my apartment? – Head vs Heart

The debate on this question is a Heavy Weight Title Fight between traditional rivals your “Head” and your “Heart”.

Head or “Brain” as he is known in boxing circles has an enviable record and coaching team including the solid companion – Logic, and his trusty sidekick – Reason. However “Heart” is no push over when it comes to making real estate decisions and is a fierce competitor with a solid lifelong support team in the box – Emotion, Passion and Lifestyle.

In the Red corner weighing in at 1,500 grams “Brain” is undefeated in this weight division except when it was clearly beaten by that giant slayer “Love” in 2007 who is the well-known kryptonite for logic and reason.

In the Blue corner, weighing in at only 320 grams and well out side its normal weight division is “Heart” who has a very good win / loss record especially when it comes to emotional issues.

The referee address the two combatants stating that the 6 months prior to Covid-19 were very positive for the Melbourne apartment market. Sales results were strong, prices were ticking up, population growth was solid and the pipeline of future apartment projects was low meaning lower supply placing upward pressure on pricing.

“Heart” gives a dismissive wave of the hand, has a sip of red wine and gazes to the horizon before moving in and placing a few sharp jabs to the ribs…

Points are pretty even after Round 1 and the rested warriors resume hostilities.

“Heart” is on a roll now and is quickly back into the fight.  Another sip of wine, exhales and says “but of course on the other hard” …

That’s the end of Round 2 and still the points are all tied up.

The referee calls both warriors to the centre of the ring for a bit of independent coaching.

With the diplomacy skills of Kofi Annan the referee congratulates each of them on the struggle so far and relays a few important truths.

Round 3 and with words of wisdom front of mind they stroll to the centre of the ring and after a quick discussion turn to the referee to declare the battle is resolved. “Heart” and “Brain” have decided they don’t need to sell right now and will hold for the time being.

Metaphors aside the apartment market remains reasonably solid and there are many buyers out looking. First home-buyers are out in force and the biggest issue right now is a crises of confidence in job security and economic activity.

Most economic forecasters agree the various government economic stimulus packages will drive a sharp recovery in the final quarter of 2020 and through 2021.

The interesting thing about most subdued markets like this one is no one wants to buy if they think it will be cheaper tomorrow. But now the market has stabilised at slightly reduced values buyers are more confident to buy and it’s now up to sellers to adjust to the market if they wish to sell.

VCAT is drowning in Covid times

What is the median unit price anyway?